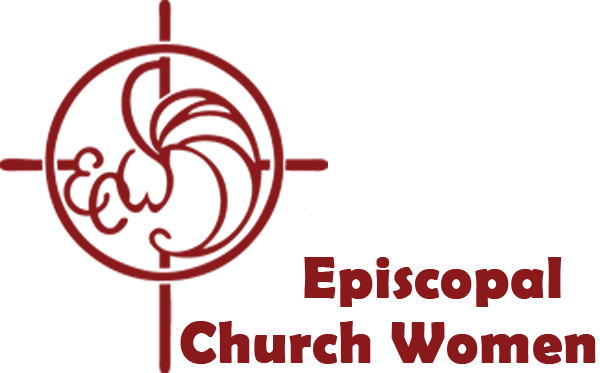 Episcopal Church Women U.S.A., the national framework for our ECW, was established in 1985 but, by then, the women of St. Andrew’s had been active and playing a constructive role in the church and wider community for over a century. Responding to a decision of the Synod of 1883, St. Andrew’s women organized in 1886 what was long known as “The St. Andrew’s Guild,” but that had simply attached a label to an already flourishing enterprise.

Seven years before, St. Andrew’s women were instrumental in organizing the Edwardsville Library Association, an outgrowth of the Episcopal Sunday School Library, which aimed at establishing a public, circulating book depository. That had been attempted much earlier by a group of Edwardsville men, but the effort had fizzled out after a few years. St. Andrew’s was an early home for this pioneering effort. The “library” was open one day a week (Saturday), and would-be borrowers were able to browse through books that were arranged on the front pews, as there was no shelving. In 1906, the Library Association donated the books that it had collected to the newly-constructed Edwardsville Public Library building a block away in the City Park. That structure had been financed by a grant from steel magnate Andrew Carnegie. The grant had been secured by St. Andrew’s parishioner Charles Boeschenstein, but the foundation had been laid by the women of our church.

Guild women had been instrumental in supplying books for the people of Edwardsville. They were also responsible for providing a reliable and convenient source of heat for the people of St. Andrew’s. Until 1949, the church had been irregularly heated by a primitive coal-fired furnace, which required a long-suffering parishioner to kindle a fire on cold Sunday mornings and dispose of the resulting ashes. The Vestry dithered for close to a decade about replacing the old furnace with a modern, gas-fueled unit. But the initiative to modernize the heating system was taken by the Guild. The $718 contributed initially was supplemented by the proceeds of bake and rummage sales and the marketing of Christmas cards. By October 1949, just as the heating season was beginning, the conversion was completed. With an admirable absence of male conceit Homer Correll, clerk of the Vestry, observed that “It is a well-known fact that any organization progresses through the efforts of the women….” I wonder if Homer was disturbed by the incongruous fact that women were not allowed to serve as voting members of the Vestry.

Note: This article was written for the January 5, 2019 newsletter by parishioner Jim Weingartner.

Every Wednesday at 6 p.m. via Zoom.